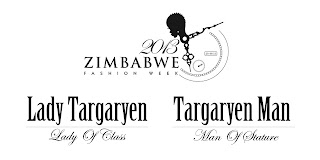 Firstly, you will notice the emphasis on the word "our" in the title, that is because we've figured A, this review is coming in late and B, enough reviews are out there already and they pretty much say the same thing: The Ndau Collection, Mucha by Tsitsi Mutendi, GAVIN RAJAH, to name a few; all awesome, all truth. This review instead focuses on the perspective of the designers/companies/ brands that contributed to the Fashion Week by showcasing their work from the Exhibition stands.

Forgive the dramatic subheading, but it gets the point across. Literally nothing happened in the exhibition area. No stands were up. No one seemed to be moved that the stands were not up. No answers were given. Nothing to see here folks, you get the idea. Nothing happened.

#Day2: "A little bit of something, comme ci comme ça"

We honestly understand that when things go south for organisers of an event of this magnitude an unspoken priority list prevails, that list went like this: 1. Everything else, 2. Everything else in between, and lastly, Exhibition stands. The question we and other exhibitors were left asking was given the show on Day 1 started an odd two and a half hours late, during the course day of the day of Day 2, would that not have been the ideal time to utilise to make sure this time around the show would actually start on time (there was an hour or so delay) and everything is in order? "Make stand while the sun shines?". Back to the exhibition stands; they were meant to be up and running by mid-day, their construction only began towards 4pm. Fast forward to around 6:30pm our stand is finally up. By this time other exhibitors have simply just called it a day and pulled out completely. We soldier on.. in total darkness. Like they say God does not give you everything, the Zimbabwe Fashion Show barely gave us much. But at least the stand was up. Keeping the faith, along we went.

The attendance of the event on this day was not what we expected but people did seem to enjoy what they saw in the shows, having watched some ourselves we would say rightfully so. But what we presume to be owing to lacklustre marketing and a not-so-awesome start to the three day event, was poor attendance at the exhibition stands. At this point it was a matter of the work selling itself, which we of course would never really complain about. Nonetheless, the exhibitors, we feel, were treated like a stepchild once again.

Now this was what we had expected all along. I suppose at some point the exhibition scene was bound to be up and running, I mean given the first two days one could only look upwards. And upwards it was: better attendance, everything actually starting on time, organisers actually picking up their phones and smiling when you came across them.. This was the day the exhibitor probably imagined upon signing up. This was the day the patient exhibitor endured the previous two for. And even more on the positive side, this is the day Lady Targaryen and Targaryen Man were approached by designers Joanne Burger (JoJo by JB Couture) and Tafadzwa Moyo (Maurice Gracial) respectively for bags to showcase along with their own work on the ramp; this left our people literally doing jumping jacks for joy on the inside but maintaining straight faces on the outside for the sake of appearing professional. It was a big thing for us, OK. 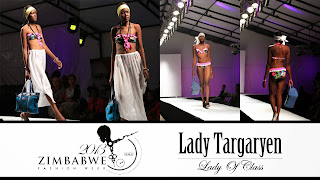 Moral of the story

One may consider this something of a rant, but we see it as something the organisers will hopefully learn not to overlook in future. After all, the Zimbabwe Fashion Week is not all about the catwalk, is it? Granted that is where the most exciting bits are but that is not the whole thing, is it? As a ticket holder for such a show do you not expect to see stands, have something to peruse, see what other designers in Zimbabwe are actually doing with their work up close? It must have been a mammoth task to put the whole week together because we would hate to imagine someone would take on something called the ZIMBABWE Fashion Week and just lazy along through the job. Think about it, the implication of putting the country's name on the event means it is kind of a big deal, don't you think? So one would naturally expect hiccups (although not ideally) but to totally overlook the exhibition stands altogether we feel was quite a botch. The way we see it, lest we be deemed too demanding, from the fashion shows we've attended, the stands are an integral part of the whole gig. And to have them fully operational in only one out of three days is definitely something of a failure. Overall, the Zimbabwe Fashion Week 2013 had it's shortcomings in terms of organisation, but they pulled their socks up and things worked as well as they could. But particularly considering exhibition stands, they left a lot to be desired to say the least. We are firm believers in "You live and you learn", just like we have through the times (see Jewel Magazine interview). And we all still have lots to learn truth be told. Let's hope next time things will be better in this regard. We stuck with the Zimbabwe Fashion Show because we believe in them and what they are trying to achieve with the fashion week, we were never going to be one of the deserters. And let it be known we actually intend to feature again next year.

Posted by Lady Targaryen at 1:39 PM